Ten people you may know that have had Laser Eye Surgery 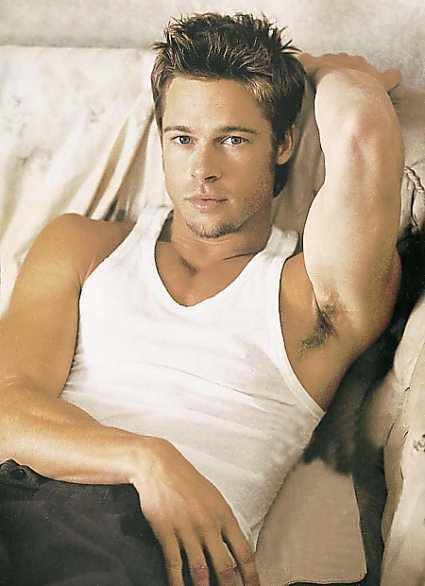 TV celebrities, film stars, high flying business people, famous athletes; you could be easily fooled into thinking the reason they always have the best care is a purely financial one.

The fact is, the rich and famous are not much different from the likes of you and me (though it’s hard to believe at times). They eat, sleep, and worry about their health; they struggle with finding free time, and often have problems with their finances.

Their process for finding the best care is not as simple as saying: “I want to go to the most expensive clinic and have the most cutting edge treatment.”

If you look past the dollar signs, you can see the greatest asset of celebs is not only the bags of money at their disposal, but the resources, advice, and options that come with it.

That means they can make well informed decisions not based solely on price, but criteria like quality, expertise, safety, and value, among others.

It is then encouraging to see that many celebrities—along with over 100,000 patients each year in the UK—have had Laser Eye Surgery; several of which here at London Vision Clinic.

Let’s take a look at 10 of those big names who’ve made the decision to correct there refractive errors and live a life of greater vision:

A man famous for his collection of over 4000 pairs of glasses—including ones with flashing lights and even wipers—Sir Elton opted to correct his vision with Laser Eye Surgery back in 2002, but often still wears his specs to maintain his trademark look.

As seen in a short film first aired on This Morning, the popular TV presenter Phillip Schofield corrected his vision once and for all with Laser Eye Surgery here at London Vision Clinic.

After being a glasses wearer since the age of 15, Phillip was astounded by the results of the surgery, and expressed how much it had changed his life—especially in day to day activities such as reading the autocue when filming.

In 2010, after overcoming the apprehension she had for many years, Denise Van Outen decided to have Laser Eye Surgery. Denise was quick to say it was one of the best things she has ever done, and admitted to how before the surgery she would even ignore people in the street because she couldn’t see them clearly.

Tiger Woods’ career has involved setting several world records and winning some of golf’s most prestigious majors. There’s no doubt Tiger is a hugely talented sportsman, but you could go as far as saying that if he hadn’t had Laser Eye Surgery and still suffered from his extreme nearsightedness, he may not be as decorated!

Nicole Kidman initially saw her nearsightedness as a blessing in disguise. With a blanket of blur, she was able to shut out paparazzi and ogling passers by.

But Nicole had a very clear goal in mind when she eventually opted for Laser Eye Surgery: to read her Academy Award acceptance speech without wearing glasses.

As one of the most attractive men in the world (and not just in my eyes), as well as an Actor and Producer, Brad Pitt opted for Laser Eye Surgery for a handful of reasons.

The main ones being to rid himself of contacts and glasses which he deemed “uncool”, and to help him seamlessly fit into a number of different characters and roles.

American actress and F.R.I.E.N.D.S. star Courteney Cox had such poor vision that she qualified as being legally blind.

This posed many problems for Courteney in and outside of work. So one day, after being tired of always needing to wear glasses to read scripts, she finally decided to have Laser Eye Surgery. The changes that followed had such a big impact on Courteney’s life, that she credits the procedure for saving her career.

As one of the UK’s richest people, Richard Branson is known for big business and bold moves. In 2011, after nearly swimming into a shark’s mouth, Richard praised his ability to get away on his near perfect vision achieved through the LASIK surgery he had a number of years prior.

Much like in the case of Sir Elton, Kim Kardashian was a huge fan of glasses, but wanted to be able to see just as well without them. Her motivations could be solely practical, but it’s also said that after discovering her partners new song, ‘Guilt Trip’, was about his hate for her glasses, she quickly made the decision to correct her vision.

For those of you more familiar with 70s pop and country music than 21st century celebrity culture, Bonnie Tyler is a great example of someone who saw the benefits of having Laser Eye Surgery.

Before the procedure, Bonnie would struggle to put on her stage make up and read lyrics when performing. Bonnie also expressed how these issues spread into her personal life too. Fortunately, our surgeons here at London Vision Clinic were able to correct her refractive errors and in just 20 minutes following the surgery, Bonnie could see perfectly clearly.

Laser Eye Surgery isn’t reserved only for celebs. If you would like to book a consultation at London Vision Clinic, or find out more about our treatments, leave us a comment or give us a call us on 020 7224 1005.